I started with a tag (signature), I’ll write them down in chronological order: Haze, Lupen III, Theft, Bump. Like many, I went on to do many more, I ruined newly renovated buildings, marbles, trains, road signs and many other media, because it felt good to do it, because the adrenalin rose, because it was a way to make your voice heard. Sometimes it happens even now but less and less, the writer who wants to be a ‘bomber’ does this! he writes as much as he can with tags, bombing, pieces (letters) on any surface.he writes his name everywhere. Still now I am part of a crew (OCZB) that for a long time has been writing on the walls and trains of several cities Catanzaro and Rome are witnesses, another important chapter was to join a Florentine crew Olè from 2009 to 2015 we wrote and painted a lot, then the streets of all split, after a year of stop I embarked on a more solitary and somewhat more mature path. I don’t feel like a street artist more a person who paints sometimes on legal walls sometimes on illegal ones, very often at home.When I focused on letters I was seen as a vandal who defaces; since I chose to draw something else I have been labelled a ‘street artist’. The motivation is always the same a means of expression. At this time certainly more mature and introspective, much less decodable than writing.

I let myself be influenced by everything I am attracted to, music, the emotions of a moment, colours. I am fascinated by so many artists to name a few, Matisse, Depero, Picasso, Diego Rivera. I love the simplicity of primitive art, African batiks and much more.

I work as a visual designer so I am very influenced by the whole world of graphics and illustration, in fact often what I propose in my paintings takes inspiration from the world of graphics and vice versa. I do not like to be inspired by contemporary society I do not like to exploit the news of the moment to draw subjects to paint, I often keep away from the news on TV, what I read in the newspapers often all this is used to be more visible by riding the news and a very clever attitude and very street art. Although many artists have made a real contribution to social criticism in a very clever and not at all banal way. What I try to do sometimes with a lot of difficulty is to try to go further, when I achieve results I often stop and start again, I like to put myself to the test by also trying techniques and solutions that I have not mastered in the search for constant evolution. In recent months I have abandoned all the solutions and techniques I had consolidated in previous years including the subjects for which I have been recognised (fish) had become exercises in style emptied of meaning. I have tried to reshuffle the cards, starting again with simple forms, I have deepened my research into colour (blue, which I madly love) and I have created new solutions made up of superimpositions that wink at the world of graphics. I have analysed man, I have tried to transfer emotions, moods and my everyday life onto canvas rather than ‘perfect’ forms, and I am trying to construct a new language that is more synthetic, more direct, more honest, with fewer frills without hiding.

The ideas, during the day I think of so many things concept drawings. Every now and then a small spark arrives which then translates into a drawing or a painting. I let my instinct guide me, I try to feel my body and be present to myself, the here and now.
I let it flow and listen, which I have not done in the past and hope not to do in the future. I use painting as an outlet as a kind of therapeutic activity. 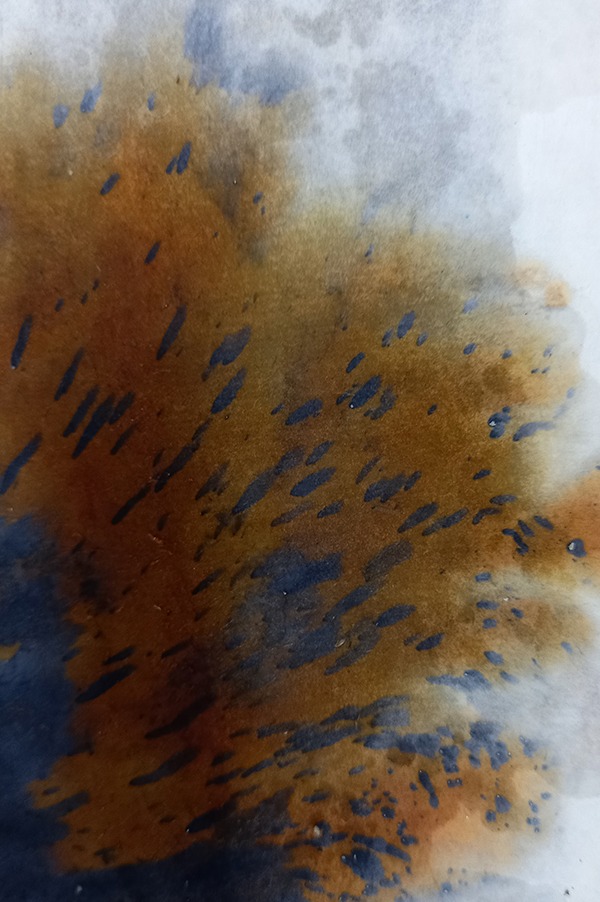 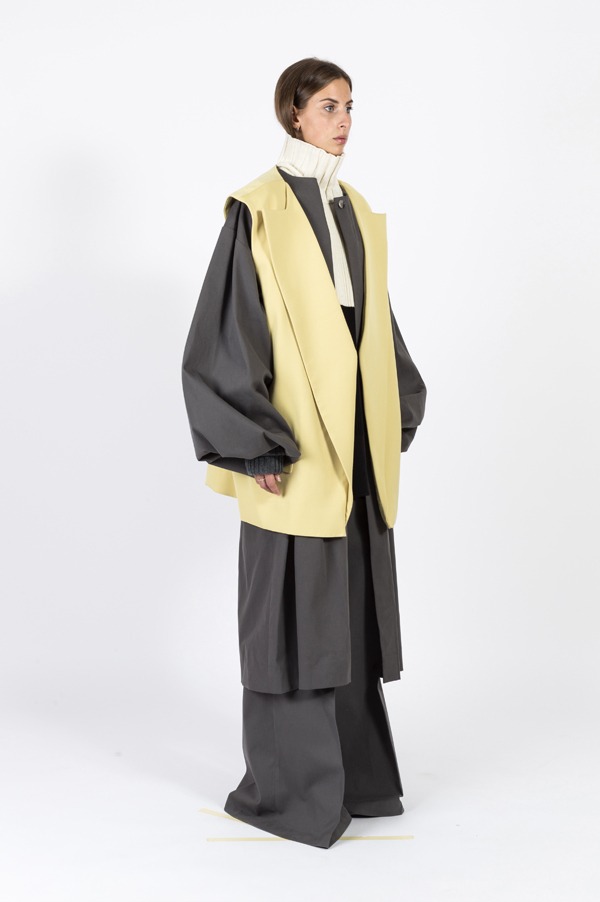