Originally from Mantua, I grew up in a not particularly creative environment, but culturally very rich and full of  goad. I have always had a strong observational ability and a great curiosity towards art and different cultures, as well as a predisposition to drawing. After a classical training in the high school, I moved to Milan to study fashion, where I had the chance to compare myself with a more modern, conceptual and international reality. The metropolitan life has allowed me to look at my back ground through a new perspective and develop my aesthetic: a nostalgic mix between past and present characterized by a minimalist vision on horror vacui typically Italian.

JEZABEL arises from a personal search of self-esteem and acceptance of the uncertainty of the future. My story speaks by antithesis, and starts from the homonymous book by the French writer Irène Némirovsky, in which the protagonist is so terrified by the idea of growing old that she becomes a murderer.

I decided to take this character and his male alter ego to the extreme, to demonstrate the absurdity of their behavior: a man and a woman segregated in a dilapidated villa in the middle of the last century, which slowly become part of the walls themselves as they return to wear the clothes of when they were young in an attempt to challenge the inexorability of time. As individuals turn into caricatures of themselves, clothes take on added value thanks to the natural aging process. Translated into garments, I have worked mainly with the deconstruction and the exposition of the sartorial processes that, like on the man, the signs of the time, tell the story of what we wear. I used vintage fabrics, aging processes of materials and manipulations that give an idea of fragility; I played with “wrong” fits through the use of shots, asymmetries, drapes and enlarged volumes. The jacquards are inspired by the world of furniture and oriental fashion, which was introduced in the West Europe at the beginning of the 1900s, the period in which Némirovsky’s book is set. 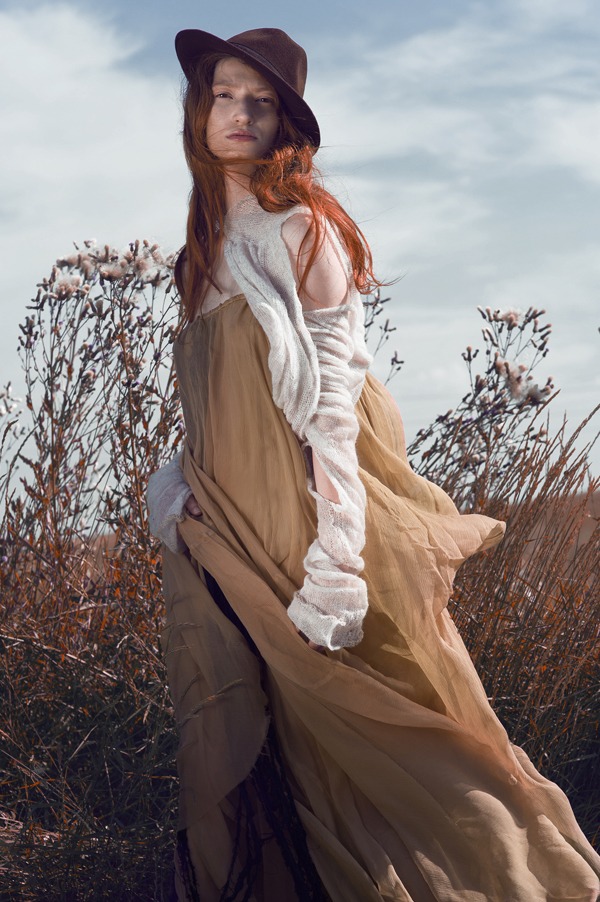 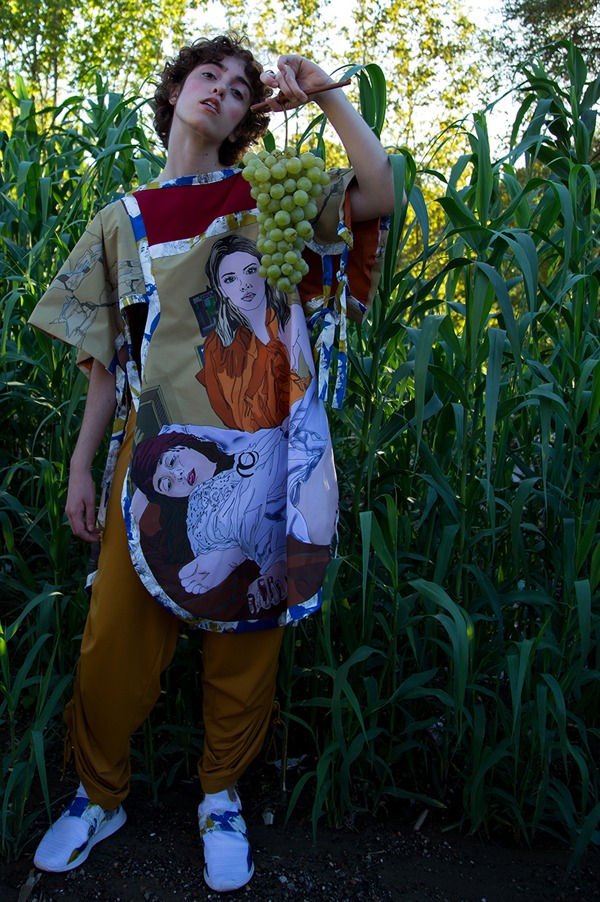