I always thought that growing up in Sicily would be a disadvantage. Frightened that the influence of a closed mentality and loath to innovation, would have somehow chained my creativity, and my way of being.
Over the years I realized that the traditions that I criticized for a long time, considering them ridiculous and anachronistic, have done nothing but settle in me and help create the engine of my creative process.
Ever since I left Sicily to start university at the age of nineteen, I realized that all I always hated about my city was what I missed most in Florence. And more and more I resorted to the history and traditions of Sicily in my projects, to still maintain the bond with my roots that seemed to dissolve with the distance.
Somehow all those contradictions had become part of me, the tradition of my country was my identity. I started thinking about my roots with more awareness, a process that probably happens almost spontaneously to anyone who leaves their land after having hated it for years.
Although I continue to have a conflictual relationship between love and hate with my land, I managed to convey this duality in my creative process, starting all my research with the inspirations that the folklore of my city gave me.
It is still difficult to explain to my grandmother what the word ‘Fashion Designer’ means.
It has not always been clear to me, as it is now, what I wanted to do in my life. I have always been a restless child with strong creativity and insatiable curiosity. But if they had asked me at eight what I wanted to do when I grew up, I would have probably answered the archaeologist. It was eighteen, thanks to a documentary that I understood that I could not have done anything else in life; working in that world, that convergence of ideas and inspirations that lies behind the creation of a collection

‘A Cialoma’ is the ancient song of the slaughter, derives from ancient folk songs of Arab origin that mark the rhythm of the movements of the tonnaroti, intoning the Cialome before, during and after the tuna slaughter, between the sacred and the profane, invoking God, the Madonna and the Christian Saints to be able to enjoy a rich fishing. These are real propitiatory rituals that have been handed down from father to son since the dawn of time.

In my collection I wanted to represent the meeting of two realities: tradition and innovation. My starting point was the slaughter, an ancient bluefin tuna fishing technique, which took place on the island of Favignana, in the Egadi. Often considered a bloody technique, which however respects the life cycle of tuna. The collection examines the dress code of the tonnaroti, combining it with the traditional Japanese kimono, thus becoming a symbol of globalization, the tuna caught with traditional techniques to the sound of Sicilian songs becomes sushi in the restaurants of Japan, two cultures that despite being at the antipodes have become a whole one in this collection. The old and worn kite-surfing sails, come back to life and become the fabric of the duvets and jackets, giving a sustainable impression to the collection.

“If all your peers understand what you have done, then you have not been creative.” 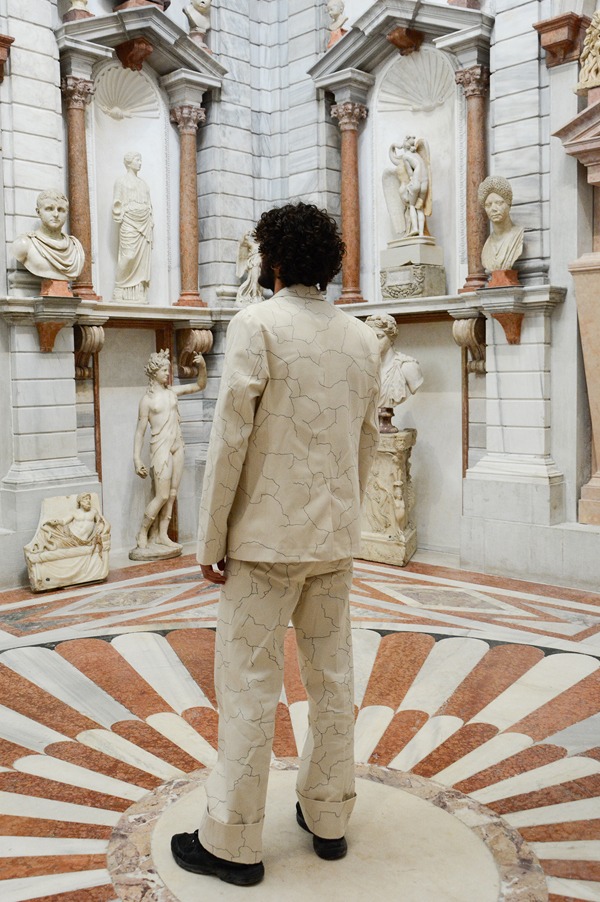 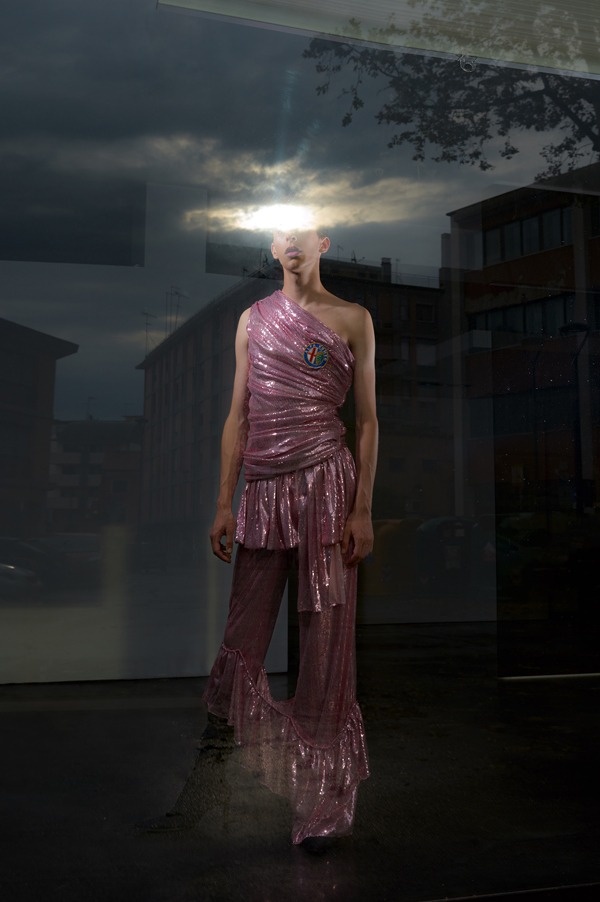