I have the same haircut and the same pout of when I was 8 years old. I was born on the last day of summer in 1993 in the province of Varese, but I flee early to live for five years in two seaside cities, first study culture and fashion techniques at the University of Rimini, I write a lot and speak as many. Then I direct my boat to Venice and begin an adventure in IUAV, a safe haven that finally leads me to the metropolis of Milan.

I flip through old books on the history of the clothes of the Hawaiian islands, from ceremonial ones to surfing suits: I would like them all, immediately. But it’s missing a zip, that fabric is too transparent, light, I would like to put them with sneakers, with the suit and at the same time I would wear them for an important event. So I think of the Caribbean sea and then that of my cities, one on the Adriatic coast.It is 1972 and Robert Venturi has already concluded Learning from Las Vegas. But what can you really learn from a city?

Perhaps the constant ability to show oneself as one no longer exists, to build an imagery so strong as to become a commonplace, the promenade lined with billboards, constantly illuminated with neon signs that are the sun that warps at nights and the long beaches without waves but where we are convinced of being able to surf. So in my collection a Hawaiana bride falls in love with an Italian surfer and follows him looking for her paradise lost in the tropics. The result is a wedding in pinstripe and white dress, which is hybridized with a wetsuit, a union of technical fabrics and a complete masculine silhouette that recurs with different weights in each outfit of the collection. Starting from the claim to surf in the Adriatic Sea, I created a long series of bootleg prints, a fictitious brand and semi-ironic that starting from the world of surf-wear describe the Adriatic coast and its beaches, from the Lido of Venice, to Rimini. 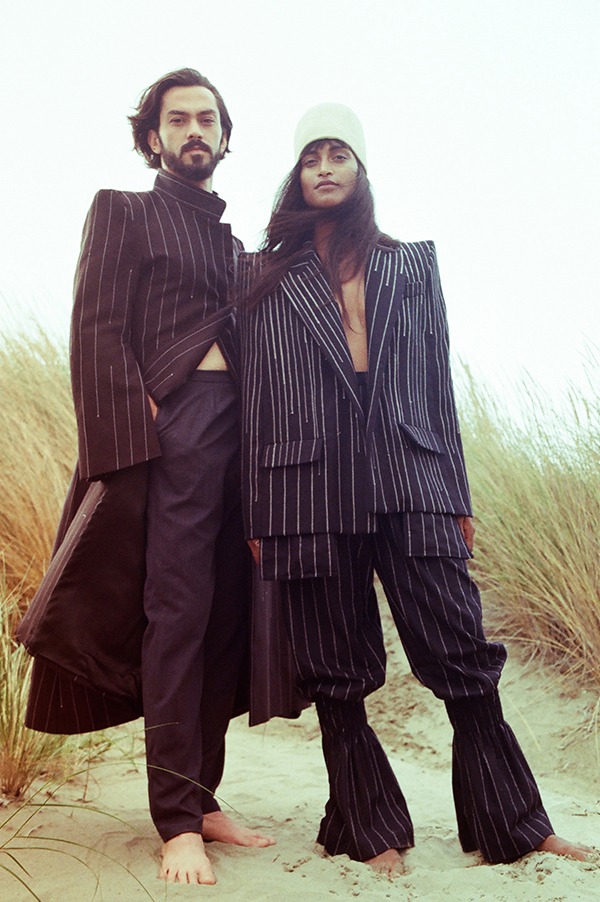 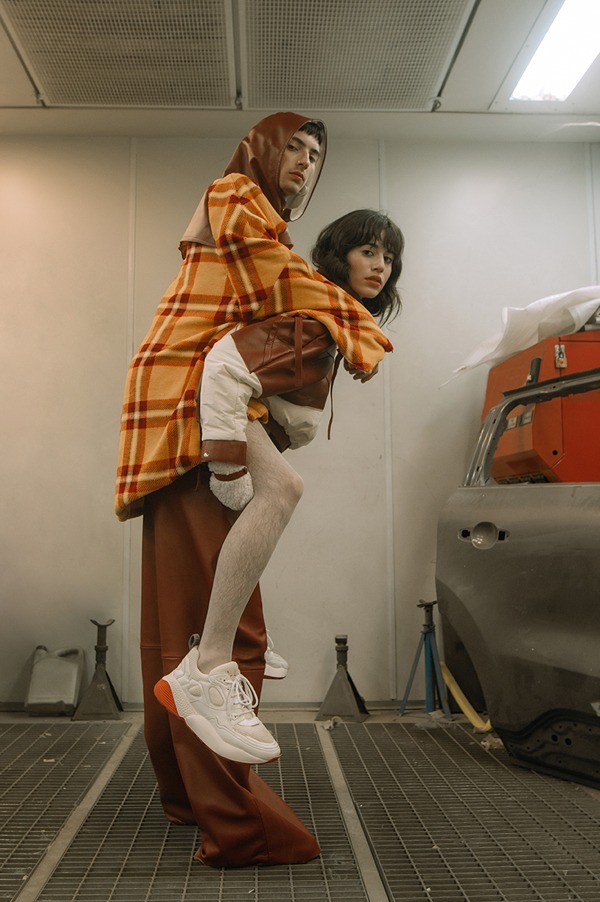