Venice, June 28th. We find ourselves between Magazzino 5 – the San Basilio educational center of Ca’Foscari University – and Magazzino 6, headquarters of the IUAV University of Venice. A place normally crowded with students, transformed for an evening into the scenery of the Fashion at IUAV graduation show, which presents the best collections made by undergraduates of the IUAV University degree courses in fashion, coordinated by designers Arthur Arbesser, Veronika Allmayer-Beck, Renato Montagner and Fabio Quaranta. This year’s title is Punto notevole (reference points): an expression that Maria Luisa Frisa, director of the three-year degree course in Fashion Design, means as a “route”, a way of looking at things. In nautical charts, the reference points are headlights, towers, islets and mountain peaks, which can be easily spotted from afar. But the reference points are also the thoughts and words that each student has associated with his collection and all the visual research that preceded the preparation and the atmosphere of the graduation show. And it is following this “route” that the teachers and the fashion students have decided to present the collections in the in-between space of the two warehouses, seat of the academic activity and reference point for the creative and craft abilities of the students. The publication created for the event also remembers Cesare De Michelis, intellectual, university professor and president of Marsilio Editori, recently passed away. De Michelis on the Corriere del Veneto of July 2nd, 2017, after having attended the IUAV graduation show, talks about the importance of the university in continuing to re-think itself, not only in terms of research and curricula, but also in terms of its relationship with the city: “We show the Venetians what the students are doing, but, in doing so, we also teach the students about the city ”.

The show’s collections made us feel passion, desire and discipline, but we decided to tell you about nine of them.

For the BA collections we mention:

Francesco Mottola, whose collection Lasciate ogni speranza projects us into a universe of fantastic creatures, a “fanta-bestiary” almost out of Stranger Things, made of light and iridescent fabrics. Gala Colabianchi Moreno, with A las cinco de la tarde is fascinated by folklore, heritage and ritual aspects of Spanish culture. Rafael Wolanowski talks about computers, nostalgia and the future, imagining a 2030 made of digital memories. Vanessa Agostini works on the body: a body on strike, that demands to get out of the garments, through oversize clothing.

For the MA, instead:

Edoardo Drera, whose collection Prima C, unravels his own vision of male and female wardrobe, working on proportions and paper patterns, sculpture-dresses and oversize coats. Ylenia Fratto and Olimpia Marcì, with their Barracuda collection, building an exploration of the hidden side of our psyche, where images, emotions and thoughts overlap. Sara Santarelli and Alessia Tarda, with the collection Tutti la chiamano la casa delle ragazze, tell us the story of a Venetian apartment in Campo Santa Margherita through the lexicon of fabrics and colours of the girls living there. Cataldo Liuzzi, with his menswear collection, analyses and distorts the garments he’s obsessed by, such as jackets and coats: everything gets bigger, re-tailored to dress the most beautiful boy in the realm. And finally Martina Razzieri, whose Zaga 1 describes a woman through apocalypse, dressed in the sun and with a crown of twelve stars: a fantastic and diabolical being. Each combination is unique and no pattern or fabric is repeated.

The event also featured a performance by Jacopo Miliani and Sagg Napoli, who, starting from Ludwig Wittgenstein’s Tractatus Logico-Philosophicus and associating body to action, created the coordinates of a space, a moment, a place, a body, a city. A city that, returning to De Micheli’s words, “we still do not see well enough, but does not surrender to disappearing”. 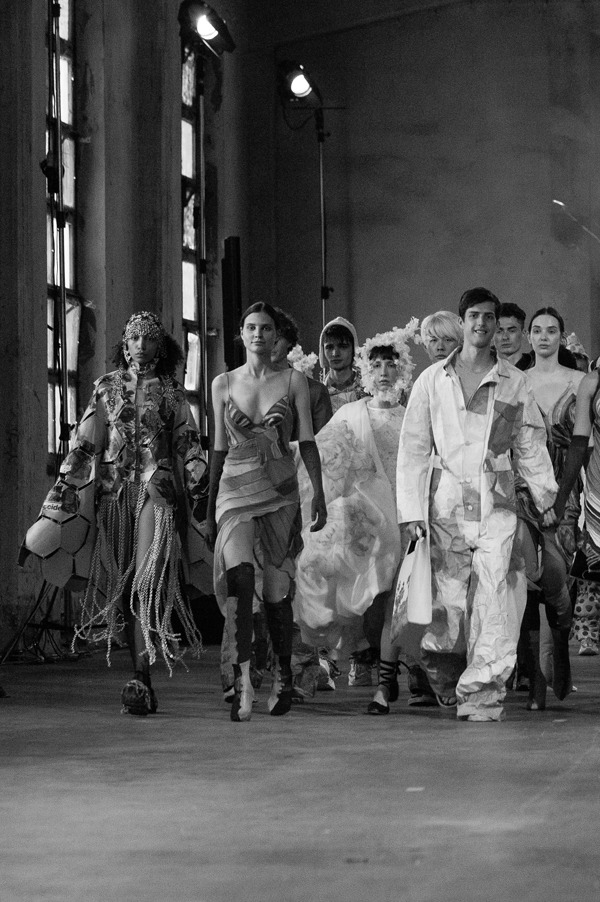 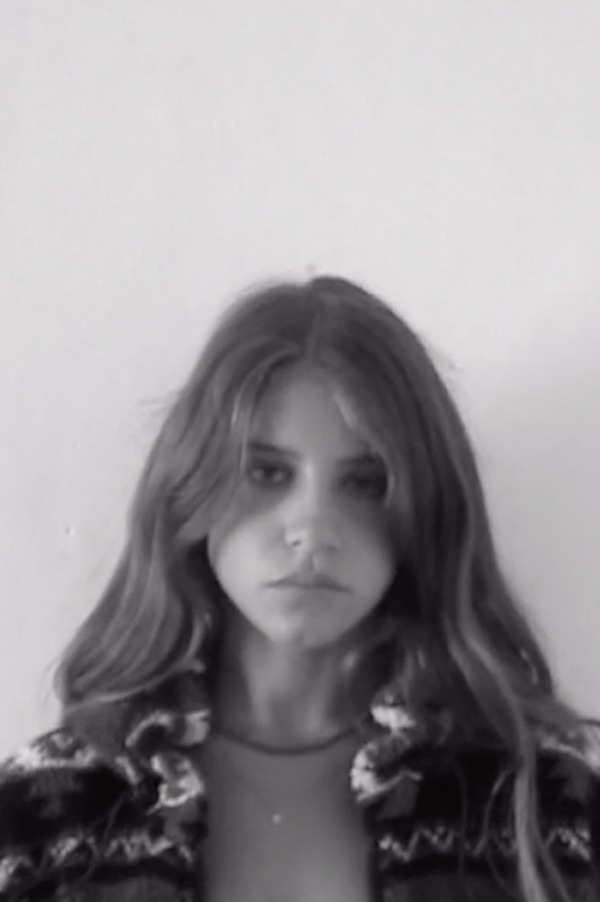