Florence is linked to its Renaissance image but as any city can give surprising locations this is the case of Manifattura Tabacchi, a building complex of rationalist architecture, which after almost two decades of abandonment is transformed into a center of culture and contemporary life destined to hosting the third headquarters of Polimoda. And it is precisely this process of re-use and redefinition, the leitmotif of the 2018 show of the Florentine institute Polimoda, which presented in its new headquarters, a selection of twenty-one collections created by the students of the fashion design course, in collaboration with Sara Kozlowski, CFDA Director of Education and Professional Development, entitled “Separate collection“, a play on words on fashion, sustainability and fashion upcycling. An invitation to reflect on the lack of identity that is generated by the excessive consumption of contemporary society.The show was therefore an “open letter” on various ethical, social and environmental issues.

The theme of the environmental impact faced by Anna Dorian with her menswear collection “Stop f * cking with my animals”; point the finger on US policy under the current (negligent) government. The geographical areas most affected by climate change are engraved on brightly colored pieces, a collection that attacks the environmental crisis of our time. Silvia Barcucci, with her collection “Mirabile memorabile”, places baptismal clothing at the center of her research, as a representation of the first moment in the formation of identity. With prodigious forms of lace and a fusion of mundane objects, the collection mixes ceremonial garments with traditional sportswear. The contemporary use of religion is instead the theme of the “Biocentric” women’s collection by Alessandra Montani. For Alessandra we have to work to create new belief systems, a more conscious lifestyle. The liturgical clothes are the basis of the collection, enriched by hand-drawn prints that transform the religious vestments into sportswear. Gauhar Afroze Ali, chooses to tell his trip to northern Pakistan, an area bordering China, with his man collection “Farsh-e-firashan” patching prayer rugs, tapestries, wool and cotton fabrics, to evoke the fusion of time and cultures. A mosaic of fabrics and shapes, the collection pays tribute to the restless and vagabond spirit.

Sakina Fuse with her collection “Lavori in corso” was inspired by the multicolored uniforms worn by street sweepers in Italy, playing with vintage clothes, space blankets and traces of streetwear to tell her experience of sailing in a foreign land.

Interesting are the words of Danilo Venturi, director of Polimoda, which we find in the press release of the Institute: “Through the process of re-use and redefinition of clothes, materials, places and even ourselves, we can restore dignity to a possible future for the next generations. “

The “finale”  of the show is not by chance on the notes of “Drone Bomb Me” by Anohni, English musician, resident in the United States, publicly deployed against the hypocrisy of governments regarding climate change and wars. 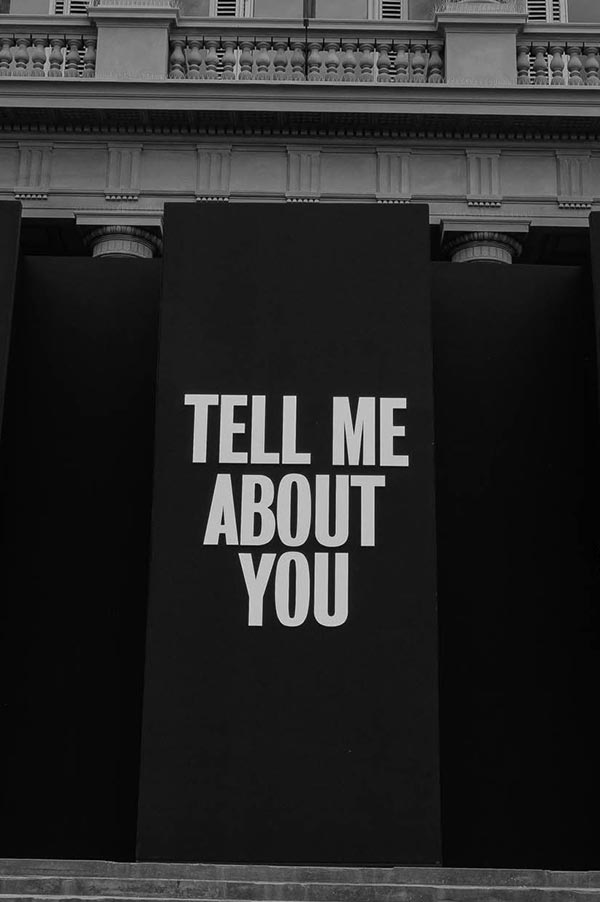 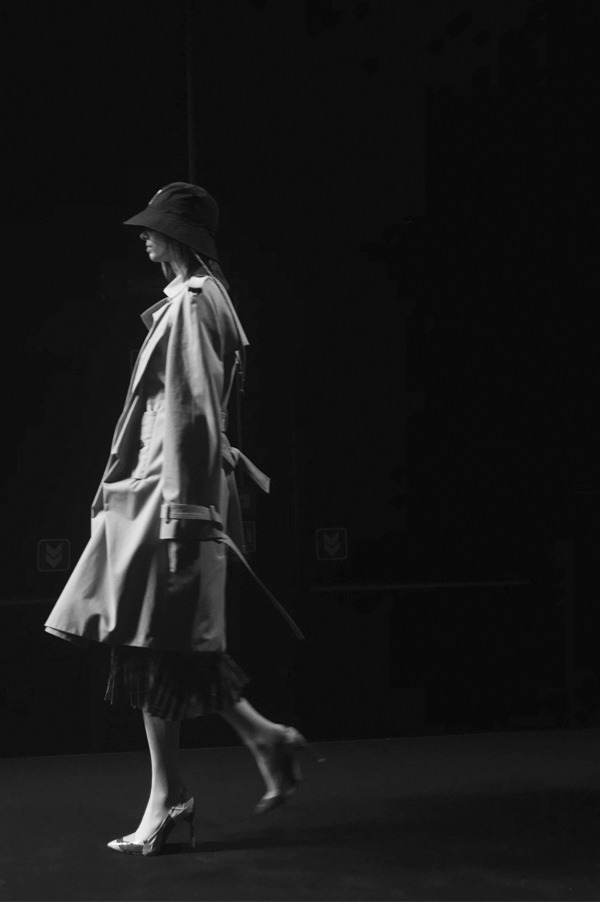 Under The Light Istituto Marangoni
Scroll to top